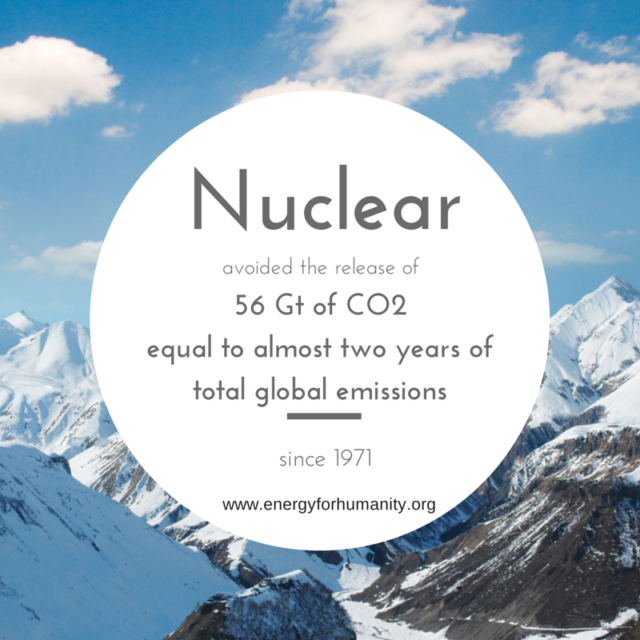 The solution to climate change is still seen by most environmental activists and leaders as hinging primarily on a huge ramp up of wind and solar energy, a decline in energy demand through dramatic improvements in energy efficiency, and a political consensus for putting a price on carbon in order to make fossil fuels reflect their true cost to society. The movement has spent the last 25 years pursuing these three worthy objectives and yet the climate crisis is not only getting worse, it’s getting worse at an accelerating rate.

Atmospheric concentrations of CO2 have just passed 400ppm, a 40% increase since the dawn of the industrial revolution, and are now at a level not seen in all of human history. Coal remains the most widely used source of fuel on the planet and its use is increasing faster than any other energy source. Energy demand, while increasing only moderately in the developed world, is skyrocketing in the developing world as billions of people lift themselves out of poverty and begin to live modern lives. Despite huge investments in renewable energy, the growth in wind and solar energy are not even coming close to keeping pace with the annual worldwide increase in demand, let alone doing anything to actually displace and reduce the use of fossil fuels. For all these reasons, many of us who care deeply about solving the climate crisis, including people like the worlds most respected climate scientist James Hansen, are looking favorably at nuclear technology for its ability to provide prodigious amounts of non-CO2 emitting electricity at a scale that can actually replace fossil fuels.