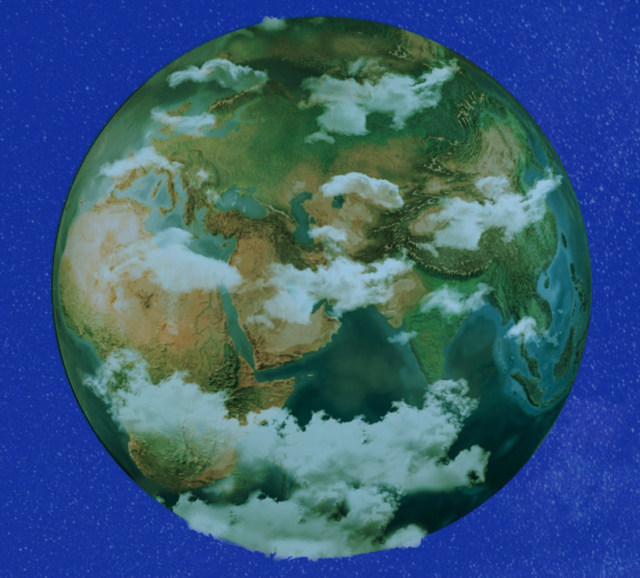 Almost half of Europe’s low-carbon energy is provided with nuclear power today, and it is the single biggest source of low-carbon energy in Europe, sustaining an estimated 1.1 million jobs. The world’s scientific consensus e.g. Intergovernmental Panel on Climate Change (IPCC) concludes that nuclear energy has an essential role in low-carbon energy production and climate mitigation.

This new Sustainable Nuclear Assessment Report was prepared for the European Commission Technical Expert Group on Sustainable Finance, as well as for the international investment and financing community, to help them fairly and robustly evaluate the overall sustainability of nuclear energy as an investment. Our central finding is that nuclear energy is a sustainable energy investment. Given that we need nuclear to play a part in the global climate change mitigation challenge, every effort should be made to move the discussion closer to the evidence base

The European Commission recently created a Technical Expert Group (TEG) to define which activities should be included within an EU Sustainable Finance Taxonomy. The climate change mitigation potential of nuclear energy was found to have strong base in the TEG report. However, despite strong agreement that nuclear energy has low lifecycle emissions and can therefore help mitigate climate change, the TEG cite confusing and mixed evidence regarding the Do No Significant Harm-criteria (DNSH) on some of the sustainability objectives. As a result, the TEG Technical report on EU Taxonomy published in June 2019 proposed to leave nuclear energy out from the first version of the Taxonomy, pending further assessment.

The TEG opened a public consultation for feedback on their report, running until 13th September 2019. In that report, the TEG also “recommends that more extensive technical work is undertaken on the DNSH (Do No Significant Harm) aspects of nuclear energy in future and by a group with in-depth technical expertise on nuclear life cycle technologies and the existing and potential environmental impacts across all objectives.“

This Sustainable Nuclear Assessment Report, assesses the case from multiple points of view considering the best available evidence. That evidence shows clearly that under current treaties, guidelines, regulations and legislation, the nuclear energy lifecycle does not and will not cause significant harm to the sustainability objectives.

Within this report we demonstrate that the question of whether the nuclear energy lifecycle meets the Do No Significant Harm criteria is not a relevant question. Today, all commercial nuclear activities in the EU are rigorously regulated to a ‘Do no harm’ standard through the Laws, Regulations, and Procedures of the EU and the Member States. This is done on both EU level (Euratom Treaty2) and national level (national legislation and regulation), supported by international guidelines and recommendations from expert organizations such as ICRP (International Commission for Radiological Protection). This includes the short-term storage of spent nuclear fuel, and the provisions that are being made for its permanent disposal.

Additionally, the world’s scientific consensus concludes that maintaining and expanding nuclear energy is necessary to achieve sustainability objectives, such as climate change mitigation. This is also reflected in the significant number of European Union member states whose climate and sustainability policies include a future role for nuclear energy, including: France, Finland, Sweden, Poland, Bulgaria, Lithuania, Romania, the United Kingdom, Slovenia, Slovakia, Hungary and the Czech Republic.

As nuclear energy is an integral part of current European Union member states’ climate mitigation efforts, it would call for very strong evidence for risk of significant harm and a severe lack of methods and institutional oversight (regulatory, legislative and technical) to mitigate that risk to justify the exclusion of nuclear energy from the taxonomy. No such evidence is present in mainstream scientific research. 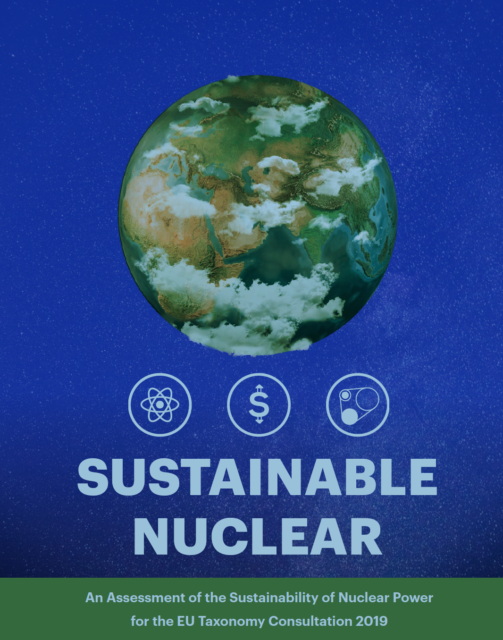 The TEG justification for not including nuclear in the Taxonomy at this point has various, perhaps unintentional, implications and problems. These are briefly summarized below.

First, all commercial nuclear activities in the EU are already regulated to a ‘Do no harm’ standard through the Laws, Regulations, and Procedures of the EU and the Member States.

Second, the TEG decision to, as yet, not include nuclear energy undermines the sovereign energy and climate policies of EU nations.

Third, the TEG justification to not include nuclear undermines climate mitigation scenarios and roadmaps that have been identified as feasible and necessary by some of the world’s most credible and authoritative international institutions and organizations, including the IPCC[1], IEA[2] and the European Commission[3].

Fourth, the TEG justification to not include nuclear undermines the integrity and independence of national and international regulations and responsible regulators; legislation (such as the Euratom Treaty and its associated Directive); and international best practices and guidelines (for example from International Atomic Energy Agency and International Committee on Radiological Protection); whose collective remit is to guarantee full lifecycle safety, radiological protection and responsibility in all nuclear operations.

Fifth, the evaluation of all forms of low-carbon electricity generation should be made on equal grounds.

Finally, by creating a different set of requirements for one activity over the others, the TEG is compromising its own integrity and credibility as an independent technical expert group.

The authors of this assessment are independent experts and analysts in the fields of climate change, energy, nuclear energy and environment. The work was commissioned by LucidCatalyst Ltd. and the non-profit think tank Think Atom. The work was funded by EDF Energy, with full editorial control remaining with the authors.