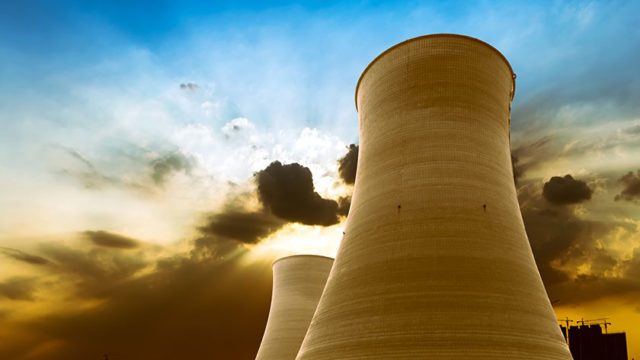 VANCOUVER – With nuclear power facing an uncertain future in many countries, the world risks a steep decline in its use in advanced economies that could result in billions of tonnes of additional carbon emissions, according to a new report by the International Energy Agency.

Nuclear is the second-largest low-carbon power source in the world today, accounting for 10% of global electricity generation. It is second only to hydropower at 16%. For advanced economies – including the United States, Canada, the European Union and Japan – nuclear has been the biggest low-carbon source of electricity for more than 30 years and remains so today. It plays an important role in electricity security in several countries.

However, the future of nuclear power is uncertain as ageing plants are beginning to close in advanced economies, partly because of policies to phase them out but also as a result of economic and regulatory factors. Without policy changes, advanced economies could lose 25% of their nuclear capacity by 2025 and as much as two-thirds of it by 2040, according to the new report, Nuclear Power in a Clean Energy System.

The lack of further lifetime extensions of existing nuclear plants and new projects could result in an additional 4 billion tonnes of CO2 emissions.

Some countries have opted out of nuclear power in light of concerns about safety and other issues. Many others, however, still see a role for nuclear in their energy transitions but are not doing enough to meet their goals, according to the report.

With its mission to cover all fuels and technologies, the IEA hopes that the publication of its first report addressing nuclear power in nearly two decades will help bring the topic back into the global energy debate. The report is being released during the 10th Clean Energy Ministerial in Vancouver, Canada.

“Without an important contribution from nuclear power, the global energy transition will be that much harder,” said Dr Fatih Birol, the IEA’s Executive Director. “Alongside renewables, energy efficiency and other innovative technologies, nuclear can make a significant contribution to achieving sustainable energy goals and enhancing energy security. But unless the barriers it faces are overcome, its role will soon be on a steep decline worldwide, particularly in the United States, Europe and Japan.”

The new report finds that extending the operational life of existing nuclear plants requires substantial capital investment. But its cost is competitive with other electricity generation technologies, including new solar and wind projects, and can lead to a more secure, less disruptive energy transition.

Market conditions remain unfavourable, however, for lengthening the lifetimes of nuclear plants. An extended period of low wholesale electricity prices in most advanced economies has sharply reduced or eliminated profit margins for many technologies, putting nuclear plants at risk of shutting down early.

In the United States, for example, some 90 reactors have 60-year operating licenses, yet several have already retired early and many more are at risk. In Europe, Japan and other advanced economies, extensions of plants’ lifetimes also face uncertain prospects.

Investment in new nuclear projects in advanced economies is even more difficult. New projects planned in Finland, France and the United States are not yet in service and have faced major cost overruns. Korea has been an important exception, with a record of completing construction of new projects on time and on budget, though government policy aims to end new nuclear construction.

If other low-carbon sources, namely wind and solar PV, are to fill the shortfall in nuclear, their deployment would have to accelerate to an unprecedented level. In the past 20 years, wind and solar PV capacity has increased by about 580 gigawatts in advanced economies. But over the next 20 years, nearly five times that amount would need to be added. Such a drastic increase in renewable power generation would create serious challenges in integrating the new sources into the broader energy system. Clean energy transitions in advanced economies would also require $1.6 trillion in additional investment over the same period, which would end up hurting consumers through higher electricity bills.

As governments and industry address these challenges, the IEA is ready to provide support with data, analysis and real-world solutions.