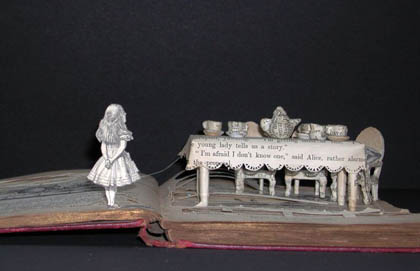 Kirsty Gogan says the reopening of the Australia nuclear power debate is good news for the coal-dependent country.

The quote brilliantly encapsulates our amazement at the extraordinary proposals for South Australia to effectively leapfrog the existing nuclear power industry as we know it, and gain first-mover advantage in creating a 21st century low-carbon economy.

Unveiling a plan to deliver free electricity to all citizens of South Australia, while abolishing state taxes, and generating billions of dollars in revenue for the state, senator Edwards called for South Australia to receive and recycle spent nuclear fuel rods from other countries.

Recognising that many countries have set aside billions of pounds to safely store and dispose of radioactive waste, senator Edwards proposes to transform this waste into wealth, largely by being paid to recycle it into carbon-free electricity in advanced reactors. The GE-Hitachi PRISM fast reactor is a strong contender. The technology is also being looked at in the UK for plutonium disposition.

There is a strong body of evidence to support the assertions made by senator Edwards. Nuclear innovation expert Ben Heard endorsed the plans as “entirely credible”. Edwards cited research by climate scientist James Hansen, which attributes nuclear power with preventing 1.8 million deaths due to air pollution and claims it could save seven million lives in the next four decades.

Dr Tim Stone, former chair of the UK Office for Nuclear Development and University College London professor, was in South Australia delivering talks and university lectures. “Nuclear power kills far fewer people than solar per unit of electricity,” he said, confirming that nuclear energy is “cheap, safe and low carbon”. The Adelaide Advertiser reported studies based on World Health Organisation data that globally, about 100 people die for each terrawatt-hour of electricity produced by coal, 36 from oil, four from natural gas, 0.44 for rooftop solar and 0.04 from nuclear.

However, speaking in a radio interview, Dr Stone gave a note of caution: “The fundamental issue about involving nuclear in any society is getting the public involved. It’s about building trust and confidence between the politicians, the officials, the whole administration and the public that it’s been done in a rational, safe and sensible way.”

The public will certainly have opportunities to get involved this year, which promises to be a lively one for nuclear in South Australia. A Royal Commission has been established to “allow South Australians to consider what role the state can and should play in the fuel cycle for the peaceful use of nuclear energy,” watched closely and with great interest by Australia’s national government and political leaders from across the spectrum.

It is heartening to see that the Australia nuclear power debate reopened, one of the most coal-dependent countries in the world. Julie Bishop, foreign affairs minister, said recently thatnuclear energy remains an option for Australia, describing it as an “obvious direction” as it considers how to cut carbon dioxide emissions after 2020.

Remarkably, public opinion polling in reaction to senator Edwards’ announcement so far suggests a majority in favour of the plan. Smart people, those South Australians.