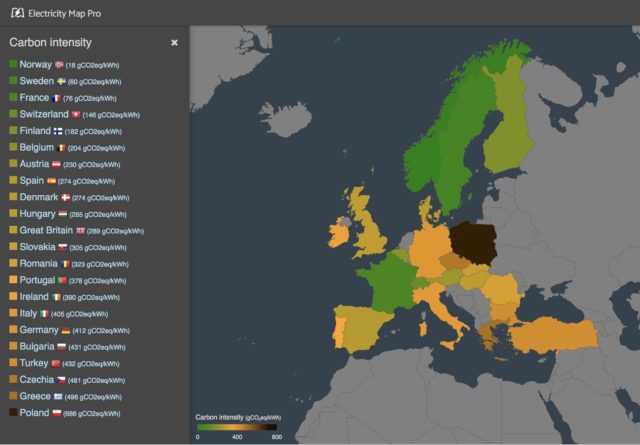 COP23 Host Germany is Europe’s worst offender on climate, according to the European Climate Leadership Report 2017, Measuring the Metrics that Matter published today in Bonn, Germany at COP23 by the NGO Energy for Humanity.

“Germany does not deserve its reputation as a climate leader”, EFH Executive Director Kirsty Gogan said. “France, however, with this week’s timely decision to not force accelerated shut-downs on its nuclear fleet, is bound to stay on top as one of the most decarbonized nations, while Germany falls further behind.

“The UK has demonstrated that real climate progress is possible with a policy that supports all low carbon sources including renewables and nuclear.”

“Our analysis shows that true leadership on climate comes from countries like UK, Sweden and Switzerland, where energy policy has supported the transition to low carbon economies. By contrast, promoting a green vision where renewables alone can power the future will lock in long-term dependency on fossil fuels.” says Wolfgang Denk, one of the authors and European Director of EFH.

“This is the first report that includes cross-border flows of electricity and its emissions”, says Rauli Partanen, one of the authors and an independent energy analyst. “Our data paints a picture that is very different from the usual reports that for example concentrate on renewable energy capacity additions. We found out that those are poor proxies for actual climate leadership and progress,” 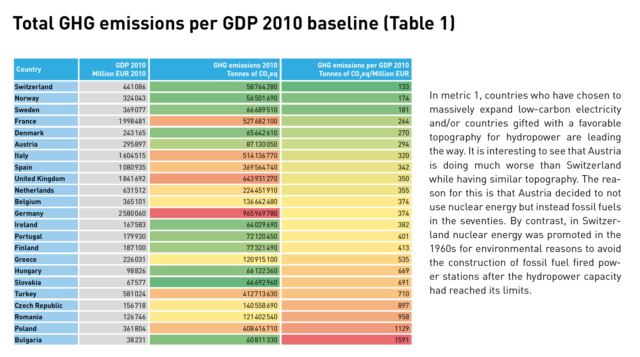 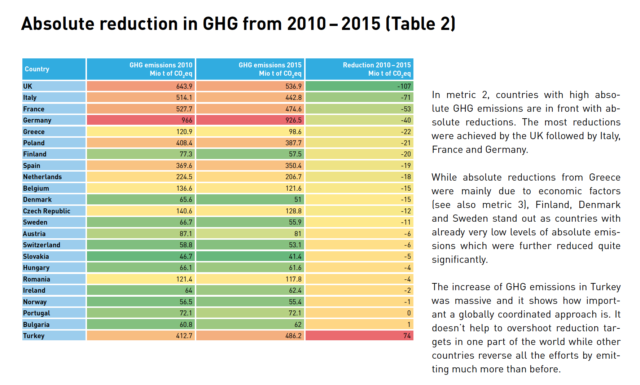 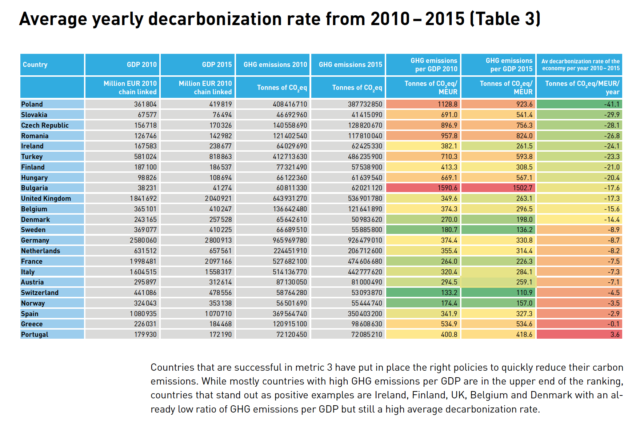