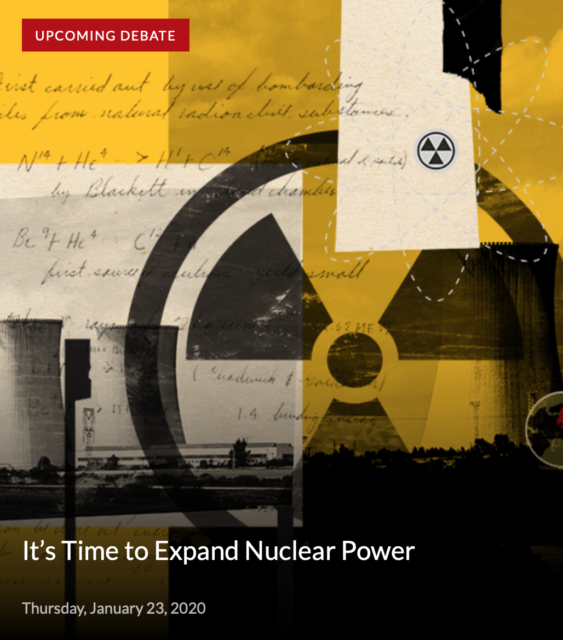 IQ2US: America’s Debate Series
Let’s restore critical thinking, facts, reason, and civility to American public discourse. Join the debate and hear both sides of every issue.
For decades, the development of nuclear power has sparked staunch debate among scientists, politicians, and activists alike. For its proponents, the promise of nuclear energy is clear: It’s the most effective means of reducing greenhouse gases and combating climate change while still meeting the world’s growing demand for energy. And to date, nuclear energy produces approximately 10% of the world’s power and rakes in billions in revenue in the United States alone. But its critics argue that expanding nuclear energy is dangerous and ill-advised. They cite the high costs of building powerplants, the potential consequences of a meltdown, and the challenge of managing waste. Rather, they argue, we should look to wind and solar to meet our energy demands. Should nuclear energy fuel our future?
Thursday January 23, 2020
07:00 PM − 08:45 PM EST
FIAF Florence Gould Hall Theater
55 East 59th Street
New York, NY
Click here to watch the debate, cast your vote, and for more info about the speakers. 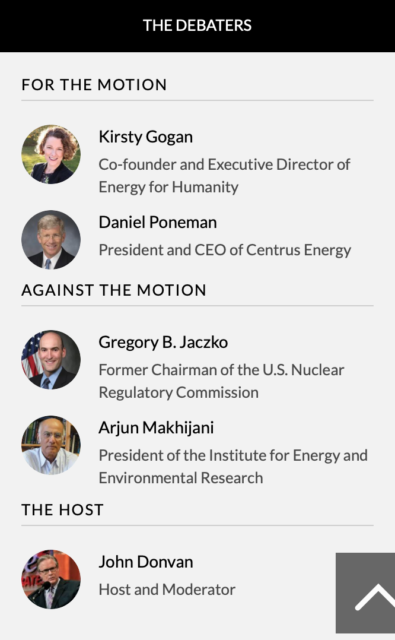