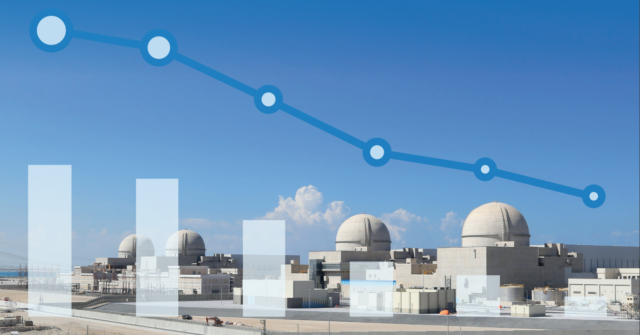 Building new nuclear capacity does not need to be risky or expensive, a new report from the OECD Nuclear Energy Agency (NEA) has found. The organisation has called for government action to support a rapid reduction in the costs of new nuclear capacity by creating policy frameworks that capture and apply the lessons learned and capabilities developed over recent years. 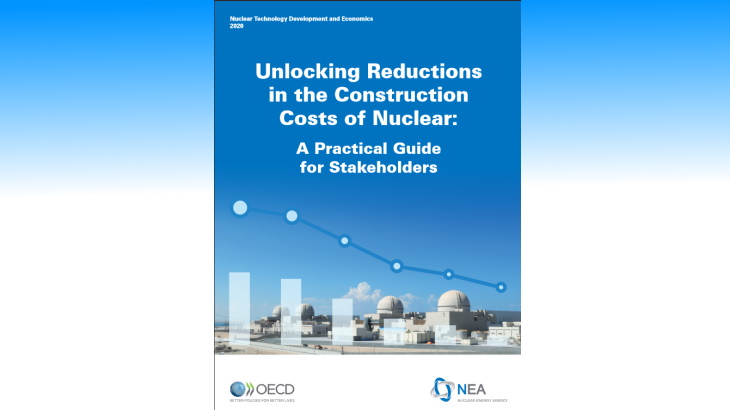 Nuclear energy can play a very important role in the near term – as part of the recovery from the COVID crisis – and in the longer term to meet environmental and energy security targets, but the cost of building large new plants has presented a major barrier, NEA Director General William Magwood said yesterday at the webinar launch of Unlocking Reductions in the Construction Costs of Nuclear: A Practical Guide for Stakeholders. In some cases, costs and overruns have even led to project failures, he said.

Kirsty Gogan joined a panel of key policy and industry experts at the launch, and echoed the NEA’s calls for action, at the government level, to ensure nuclear plays its role in the future, decarbonised, energy mix.

Download the OECD-NEA report  Unlocking Reductions in the Construction Costs of Nuclear: A Practical Guide for Stakeholders here.

We have heard that one of recommendations of the REDCOST report is the importance of committing to a standardised nuclear program to sustain the learning curve and trigger a virtuous circle of economic performance as supply chain capabilities are developed, and perceived technological and organisational risks fall.

And in particular, the decision in building large contemporary reactors is not whether to begin, but when to stop.

And finally that the technical and organisational improvements stemming from these approaches will accelerate deployment of more advanced nuclear technologies (i.e. SMRs).

There is significant evidence to support these findings, including recent studies from Energy Technologies Institute, MIT Future of Nuclear Study, and the UK Energy Systems Catapult Nuclear for Net Zero study, that are consistent with the findings of the REDCOST report.

This potential for nuclear energy to become a competitive climate solution matters because all the evidence shows that the fastest path to zero is through a combination of renewables and nuclear energy.

Evidence also tells us that this combination also delivers the most affordable and feasible path to zero.

Ultimately this is about de-risking our path to net zero through a diverse set of pathways.

Achieving net zero across the whole economy by 2050 will be a Herculean effort by anyone’s standards.

So we need to consider this effort in the context of the profound risk of failing to decarbonise in time, and the real challenges we face in achieving net zero. This is why we need to apply the same determination and commitment to cost reduction for nuclear energy as we have demonstrated successfully for other technologies like off-shore wind.

The offshore wind industry programme has demonstrated how sustained access to finance and continuous build in exchange for a determined commitment to cost reduction and increased deployment is a successful formula that enables improved performance and competitiveness.

As we have seen in this report: there is a credible path available to realise competitiveness and increased rates of deployment for nuclear energy also.

In other words: Nuclear doesn’t need to be expensive if we take the right approach.

Our study for Energy Technologies Institute Nuclear Cost Drivers’ Study – led by our consulting firm LucidCatalyst, and which is cited as the basis for achievable cost reduction in the UK Nuclear Sector Deal – strongly supports the findings of this excellent study by our colleagues at NEA. It shows that an intentional & determined commitment to proven best practices around design standardisation and timely and effective programmatic sequencing – including building multiple units on a single site – can deliver highly cost competitive nuclear new build.

Firstly, a commitment to timely and effective programmatic sequencing of projects.

Secondly intentional learning and application of best practices can benefit from investments made in first of a kind projects to build skills and capability across the supply chain, labour force regulator and project leadership – essentially starting a nuclear programme. The key thing is to then sustain and amplify these benefits.

Cost reduction in off shore wind has been driven by a competitive procurement process –and, as the report indicated, there is also potential to amend technologies and processes to be more amenable to this type of repeat-build manufacturing-based model.

In conclusion: there is work to do and effort to be made. Those nuclear plants will not build themselves! The industry needs to step up & take responsibility; intentionally & rigorously apply learning and best practices from good experiences in existing & previous new build programmes.

This report outlines the evidence for how low construction costs are entirely achievable *if* the right actions are taken. For those of us who care about climate, along with abundant supply of clean, reliable, affordable and available energy: all efforts should be made to create the right market incentives for industry to deliver this potential to play a meaningful role in timely climate mitigation with the urgency and scale required.