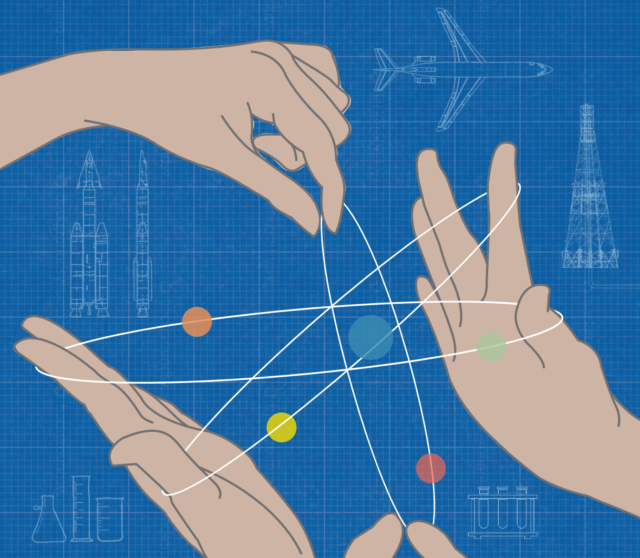 Experts say nuclear power is one of our safest sources of energy and has saved millions of lives.

If you’re new to learning about nuclear power then that might sound a bit surprising! What about Fukushima? What about Chernobyl? Shouldn’t we worry about all that toxic green gloop on The Simpsons?

Well, let’s start by seeing how different energy sources compare in terms of their overall death rates per unit of energy created.

From Oxford University’s ‘World In Data’ article ‘What are the safest and cleanest sources of energy?’ using the most conservative estimates of deaths. Many believe nuclear’s real death rate is even lower.

Surprising huh? Whilst air pollution from fossil fuels are responsible for an estimated 7 million deaths per year, nuclear carries about the same risk as wind power and is around 350 times safer than coal.

In fact, when you take into account the risks associated with greenhouse gas emissions, then nuclear comes out as safer and cleaner than both hydropower and biomass.

Comparison of energy sources – also from World In Data’s ‘What are the safest and cleanest sources of energy?’

So how could this possibly be? Well to understand it we need to quickly understand how nuclear power plants work. (If you want to read in more depth check out our nuclear fact sheet).

Just like most power stations a nuclear power plant takes a source of heat, uses it to make steam and then uses that steam to turn the turbines of a generator. The only major difference is that rather than burning something to create heat (such as coal, gas or wood) nuclear plants use a naturally zero-carbon process called nuclear fission. In the vast majority of power plants, the nuclear fission process – which releases heat – takes place in the elements uranium and plutonium.

Now, partly thanks to misrepresentations by shows like The Simpsons, this nuclear fission stuff does sound a bit scary, but it’s not. It’s happening everywhere: in the soil, in the rocks, in your body and especially in the banana you had for lunch. (Bananas have radioactive potassium in them and a truckload of them can even trigger a false alarm in a radiation detector!)

And this takes us to the number one reason why nuclear power has such a low death toll: unlike burning stuff to make heat, the process of generating heat through nuclear fission produces containable waste. That is to say we can keep it all in one place and don’t need to dump it into the environment.

Despite some advances in carbon capture technology the vast majority of fossil fuels spew their waste directly into the atmosphere damaging our entire global ecosystem. And even renewables can’t claim to fully contain their waste. Wind turbines and solar panels have relatively short lives and often end up in landfill where toxic substances can leach into the soil. By comparison, nuclear waste is stored in sealed containers either underground or, more often, in secure overground facilities that leave the surrounding environment – and humans – unscathed. And, as you can read in our nuclear fact sheet, new technologies are on their way that will turn a lot of that waste back into useable fuel.

So what about those famous nuclear disasters? Surely the graphs at the top of this page left those out? Well amazingly no – they didn’t. Nuclear’s incredible safety record as shown above actually includes the most respected upper death toll estimates we have for all nuclear accidents combined – they just didn’t hurt that many people. 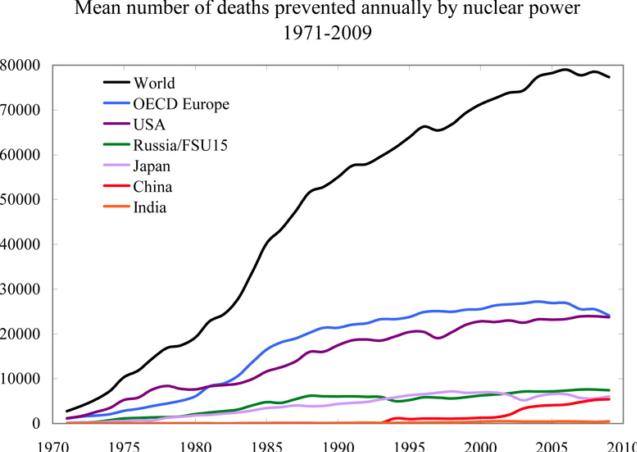 According to the Japanese government there was only 1 direct death from the Fukushima accident. The evacuation itself killed more. In Chernobyl only 31 people died as a direct result of the accident. Whilst it can’t be directly proven, the World Health Organisation estimates an upper limit of 4,000 premature deaths from associated cancers – although another UN agency argues the maximum number of deaths was only 62. In both cases the accidents were associated with long outdated reactors that are no longer being built. Most reactors built today, known as 3rd generation reactors, are physically unable to meltdown in the same way – even if hit by an earthquake.

And so finally onto the big question: how has nuclear saved lives? The answer is by replacing fossil fuels. In 2013 researchers combined decades of evidence and concluded that because new nuclear power has generally displaced fossil fuels, it has been responsible for saving around 2 million people to date from air pollution related deaths. If more reactors are rolled out at scale to help decarbonise the global economy then this figure could rise to the 10s of millions.