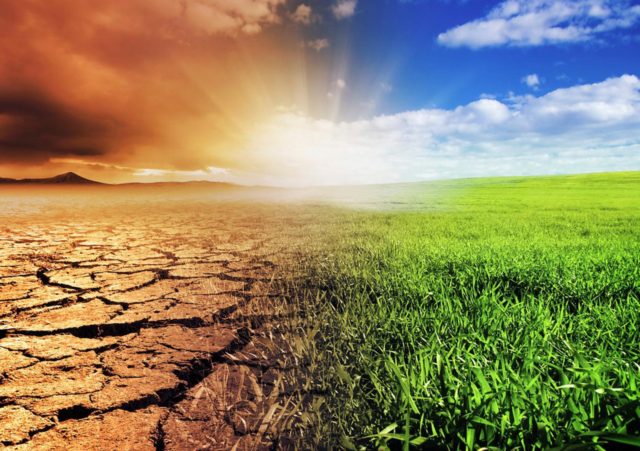 Scientific evidence confirms that emissions of greenhouse gases coming from several human activities cause changes in Earth’s climate. Average global temperatures have already risen by 1 degree since the industrial revolution.

In late 2015, the United Nations Framework Convention on Climate Change organized the 21st International Conference on Climate Change (COP21) in Paris (France). The aim was to conclude a global agreement to slow down climate change. It replaces the Kyoto Protocol, and could start applying from 2020.

The Paris Agreement (adopted by 195 countries and ratified by the two biggest emitters: the United States and China in September 2016) is supposed to ensure that warming doesn’t exceed 2 degrees (or even 1.5 degrees). Beyond that threshold, scientists say severe and irreversible changes are likely. In practice this is nothing short of disaster on en epic, heart-breaking scale: Loss of coral reefs, sea level rises that threaten to inundate major cities around the world, and cause island states to disappear entirely; severe damage from extreme weather events; destruction of biodiversity and ecosystems worldwide, and mass extinctions across the natural world.

By 2050, the global population is expected to grow from 7 billion today to 10 billion, and the global economy is expected to triple in size. But by 2050, the world needs to cut harmful greenhouse gas emissions to around half of today’s levels to have a chance of meeting our international commitments to constrain the global mean temperature increase to 2°C. Meanwhile electricity demand is expected to double.

Is it physically possible to meet our climate targets and ensure everyone has good living standards by 2050?

The good news is that yes – we believe it is physically possible that all 10 billion people in the world could eat well, travel more and live in more comfortable homes, whilst at the same time reducing emissions to a level consistent with a 50% chance of 2°C warming.

But to do so, we need to transform the technologies and fuels we use. For example, the amount of CO2 emitted per unit of electricity globally needs to fall by at least 90% by 2050. 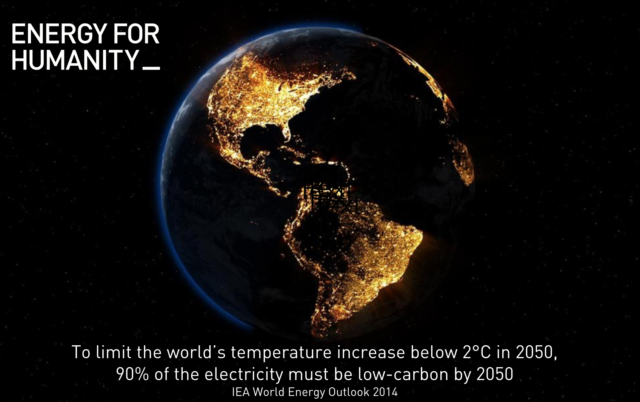 The global CO2 emissions per year in 2014 were 35.7 Gt (for a table with the emissions by country click here). From 1970 to 2012 the use of low carbon energy sources (Hydro, Nuclear and Other Renewables) made it possible to avoid over 157 Gt CO2 emissions in total (see IAEA report page 23), four times the total annual emissions of 2014. Hydropower accounted for more than half of this amount (over 84 Gt CO2), nuclear contributed about 40% (64.5 Gt CO2) and other renewables avoided 5.5% (8.6 Gt CO2). Other renewables include wind and solar, which played an only marginal role until 2000 but were growing fast since then. In order to reach 90% low-carbon electricity by 2050, all low-carbon energy sources have to grow massively.

Human influence on the climate system is clear

The below video shows the scientific basis of global warming. The Intergovernmental Panel on Climate Change (IPCC) was able to demonstrate that the CO2 concentrations in the atmosphere has increased by 40% since the pre-industrial times mostly as a result of human activity. The levels of carbondioxide in the atmosphere are higher than for the last 800’000 years in earth history. 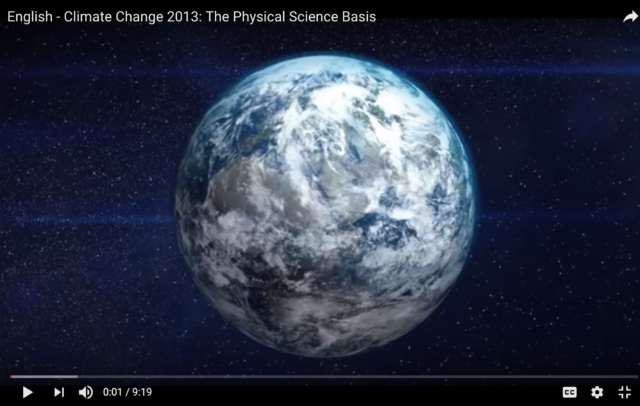 The scientific basis has also been summarized by the IPCC in a poster: 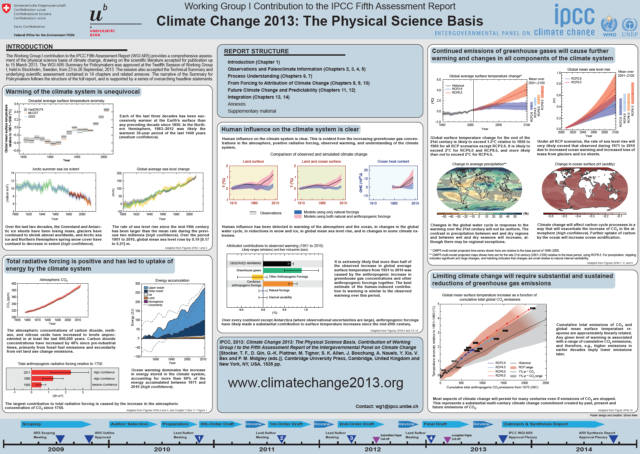 The climate is changing: temperatures and precipitation patterns have changed enormously in the past two decades.