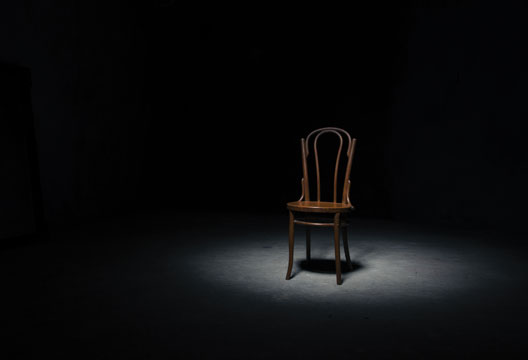 It’s time to fill the empty chair at COP26

In the build-up to COP26 it’s worth reflecting on progress made, and not made, since the Paris Agreement five years ago. Weeks after the Paris Agreement was signed, we passed the “red line” threshold of concentration of CO2 in the earth’s atmosphere, and then kept going. Two years later we hit a monthly average of 411 ppm, with a peak of 414ppm in May 2019.

Even more worrying is a fact that David Wallace-Wells points out in his best-selling book, Uninhabitable Earth: more than half of the carbon emitted in the atmosphere today was emitted in the past 30 years.

In another 30 years – by 2050 – the world needs to have almost completely eliminated emissions to have a chance of keeping global mean temperature increase to 2°C. Already today, at 1°C of warming, we are starting to see the effects of climate chaos in the UK and throughout the world.

Even if every country met the Paris pledges it has made to date, average global temperatures would likely rise by between 3°C to 4°C by 2100 (depending on your level of optimism or pessimism) compared to as much as 6°C increase with no action.

So far, no country is on track to meet its commitments.

“For ten years, the Emissions Gap Report has been sounding the alarm – and for ten years, the world has only increased its emissions,” said UN Secretary-General António Guterres. “There has never been a more important time to listen to the science. Failure to heed these warnings and take drastic action to reverse emissions means we will continue to witness deadly and catastrophic heatwaves, storms and pollution.”

At COP21 in 2015, new environmentalism was emerging, characterised by a willingness to include “taboo” technologies like nuclear power, and a commitment to evidence-based decision-making. Organisations like Nuclear 4 Climate, Generation Atomic and Ecomodernists showed up to make the civil society case for nuclear energy as a climate mitigation tool. Energy for Humanity organised a series of events. These included a sold-out screening of Pandora’s Promise and a major press conference for four of the world’s most renowned climate scientists, Kenneth Caldeira , Kerry Emanuel, James E. Hansen and Tom Wigley. They argued that, given the scale and urgency of climate change, no clean energy option should be off the table.

So why did these eminent scientists decide to come to Paris in 2015?

For nearly two decades nuclear power had been officially excluded from the multilateral UN climate negotiations process. Environmental groups successfully lobbied to keep nuclear out of the ‘clean development mechanism’ and other Kyoto mechanisms to garner carbon credits. Since then, nuclear had been off the table and green groups who have a strong voice at the annual negotiations – together with big name backers like Al Gore and Bill McKibben – insisted that a 100% renewables pathway is the only acceptable carbon mitigation option. That had become the mantra repeated by everyone, even by the then UNFCCC Executive Secretary Christiana Figueres.

The problem is that this confuses the means with the end. 100% renewables is not really the goal. The goal is decarbonisation.

So, in light of the scale and urgency of climate change, this group of leading scientists argued that only a combined strategy employing all the major sustainable clean energy options — including renewables and nuclear — can prevent the worst effects of climate change.

Despite some progress towards integrating the world’s second largest source of clean energy (after hydro) into the larger conversation, COP25 continued to be dominated by an emphasis on a narrow set of technology options. It was also largely focused on the power sector, which still represents just 20% of energy use. This needs to change. Deep decarbonisation within meaningful timescales requires a far broader technology-inclusive perspective, across the whole energy system. The old arguments that nuclear energy is too slow and expensive just don’t hold water when the evidence does not support that.

The time has come to move beyond narrow technology choices and engage in evidence-based, outcomes-focused action. COP25 left a bitter impression that our leaders are not taking seriously the lack of progress to date, nor the major challenges ahead in decarbonising fuels & heat, which together represent 80% of current energy demand. Most mainstream projections suggest fossil fuels will continue to supply 50%-60% of energy by 2050.

To make a dent on the projected 60% fossil fuels by 2050, the nuclear industry must step up. So far, the conventional nuclear industry has frankly not come forward with a plan for how it will scale up and deliver the needed products that can decarbonise heat and fuels and power.

As the world’s second largest source of clean energy, and the only one that has historically scaled up fast enough to meet the challenge, and that can be built anywhere, the climate community should be demanding answers from the conventional industry about how it plans to step up and take centre stage alongside renewables at the upcoming COP26 meeting in Glasgow.

Meanwhile, the emerging, entrepreneurial, but severely under-resourced advanced reactor sector needs to be raised up with the same levels of policy support and access to finance that has helped to drive cost reduction and increased rates of deployment in the new renewables sector.

At a recent event in London civil society leaders declared: “In this critical decade we must expand the suite of clean energy options to include nuclear products that are cost competitive, easier to buy, easier to deliver, present lower risk to investors and can meet a broad range of market applications.” Energy for Humanity presented this Declaration to the UK and Canadian governments.

In addition to the supply of electricity, which is only one fifth of energy consumption, advanced reactors have the most potential to decarbonise the hardest sectors of shipping, aviation, industry and transport through production of low cost and scalable clean, synthetic fuels, as well as to desalinate seawater in regions suffering water scarcity; to support access to modern energy services in remote and developing communities; and to repower the existing global fleet of coal plants as part of a just energy transition.

Our view is that to achieve this transition, within meaningful timescales, a new form of dialogue is needed. Instead of pitting technology against technology, we need a discussion that enables evidence-based decision-making focused on shared goals and priority outcomes. This dialogue should be rooted in values and metrics set by the sustainable development goals. The energy system should deliver benefits to humans and nature, e.g. be emissions-free, reliable, affordable and flexible. It should provide social, economic, and environmental benefits including tackling air pollution, protecting habitats and biodiversity on land and in the oceans, and improving life chances for women and children throughout the world, increased energy supply, both electricity and fuels, while decarbonizing, and radically reducing the impact on nature.

The dialogue at COP26 should seek to frame the discussion in terms of whole system thinking – across power, heat, industry and transport. How can we design the highest possible performing system (clean, reliable, affordable, flexible) with a diverse portfolio of technologies? We could achieve this by asking ourselves the following questions:

What would the effect be?

What could we achieve?

Could this evidence-based, whole system approach support the creation of a Grand Coalition at COP26, such as that proposed by IEA Executive Director, Fatih Birol?

Could a determined focus on evidence-based, outcomes-focused decision-making deliver the progress we’ve so far failed to achieve?