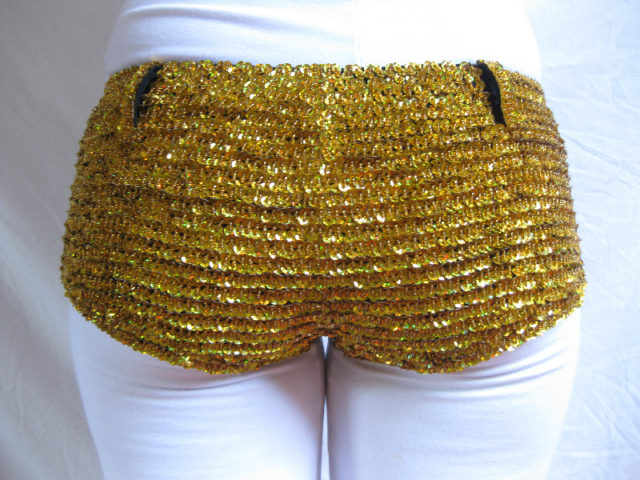 It’s time we grew up about environmentalism.

When I was eight years old, I started an environmental group in my mother’s basement. At ten, buoyed up by my success in convincing the school to recycle scrap paper, I stood for election on a green mandate and cornered a stunning three per cent of the vote (in fairness, I was running against a populist party promising a swimming pool and free chocolate bars at break time).

At eighteen, blinded by idealism and a lack of concern for my squeaky clean criminal record, I rushed parliament dressed as a suffragette and later, in a blaze of civil disobedience and a pair of golden hot pants, pitched my tent in the middle of Bishopsgate and handed out sugar, wheat and lactose-free gingerbread bankers at Climate Camp.

Environmentalism is intoxicating. For a few beautiful years, I fully believed that if I could just persuade every single person I knew to change almost every aspect of their life, the world could indeed be saved. I grilled people about their holidays, tutted at the short haul flights and criticised their choice of chocolate. I dragged friends to protests, screenings and anarchist book fairs.

The problem, as with many other things that are intensely intoxicating, is that it is largely based on an illusion. Being an environmentalist means telling yourself a lot of beautiful stories about the world and human nature, then, eventually, inevitably burning out, becoming jaded and bitter when confronted with reality.

It all comes down to ‘if’. IF everyone took a shower instead of a bath, IF everyone rode a bicycle instead of driving a car, IF we bring down capitalism and all live off-grid in wonderful autonomous sustainable utopian communities, then maybe, just maybe, we can save the world.

The problem is reality. Just one step down that thought process is an inevitable embuggerance. People will take baths if they want to take baths. Riding a bicycle, particularly in England, is dangerous, sweaty, cold and tiring. If everyone is living off grid, who is powering the hospitals? The trains? The street lights? What happens if it is not windy or sunny? And, most importantly, what about the 1.4 billion people in the developing world who are living shortened, unhealthy, laborious lives because they have no access to power?

We have to grow up about environmentalism and be honest about the challenges we face. In the twenty or so years since I first attempted to save the world, lots of nice things have happened. People get their coffee in reusable cups. Supermarkets sell reusable carrier bags. Electric cars exist. It’s lovely. But in proportion to the effort put in by smart, committed passionate people, it’s nothing.

Relying on religious zeal, scare tactics and Catholic levels of guilt to get people to change tiny aspects of their day to day lives is a massive waste of time and energy. Solar, wind and hydroelectric power generation come with significant problems which mean they are not, at present, a viable option. We need cheap, reliable, clean energy that can serve the needs of humanity now.

Nuclear has to be part of the solution. We need to let go of the myths and scare stories and approach nuclear power rationally. Coal kills more people per year than nuclear has since its inception, not just in accidents but in deaths from pollution and serious illness caused by fine particulate emissions. The justifiably appalled reaction we have to accidents at nuclear power plants is magnified by just how rare they are.

Energy is a human right. We have the privilege of taking it for granted, of imagining that we could easily get by on less. But even if we were willing to make that sacrifice, it would be dwarfed by the billions of people who need electricity to power their hospitals, light their streets, and allow them to cook and store their food safely. Developing economies do not have the luxury of going green. It is hypocrisy that developed nations, who gained their wealth through industrialisation built on coal and oil, ask these countries to choose unreliable and restrictive forms of energy.

The environmental movement has come of age. That means hanging up the gold hot pants and making some tough choices. Today’s choice is between fossil fuel and nuclear power. Anything else is a cop out, wrapped in a hemp-fibre hair shirt.