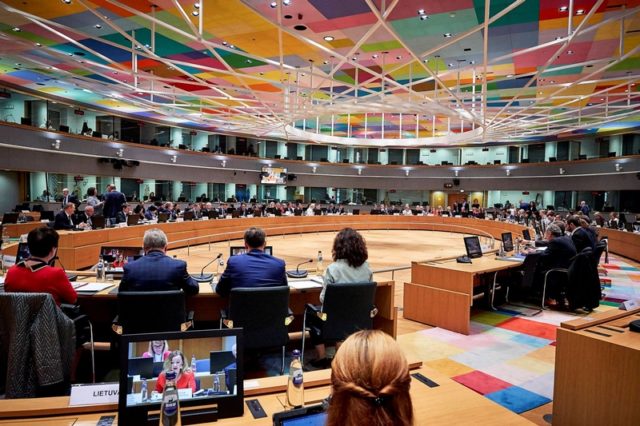 The Finnish presidency of the EU Council will attempt to make progress on the ‘green taxonomy’ file defining sustainable economic activity by bypassing the divisive issue of nuclear energy at a meeting on Wednesday.

The presidency published on Monday a compromise text on the taxonomy regulation that does not mention nuclear power explicitly, with the aim of pushing the file forward with the backing of EU ambassadors.

Austria, Germany and Luxembourg opposed the inclusion of nuclear energy in a joint statement as “it would send the wrong signals and incentives to financial market participants and investors”.

An EU source said that specific types of energy will be defined “in the next step of the process when the Commission prepares the delegated/implementing acts establishing the actual classification”.

“There will be no vote on the text at this stage, so member states are not taking any ‘official’ position for or against the text,” the source added.

ENDS has learned that the Austrian government is opposed to the file’s “very slow entry into application”.

The ‘taxonomy’ regulation is the centrepiece of the outgoing Commission’s sustainable finance package, aiming to define sustainable economic activities in a bid to direct investment to the green transition.

The European Commission last week closed a consultation on the conclusions of an ‘technical expert group’ (TEG) which had called for fossil fuels, incineration and nuclear to be excluded from the taxonomy.

The TEG’s work “has already been comprehensively elaborated and in our view there is no need to postpone the adoption [of] the climate objectives until technical criteria for all other environmental objectives are in place”, the Austrian position document reads.

The EU Council compromise text allows for “climate-neutral energy (including carbon-neutral energy), including through using innovative technology with a potential for significant future savings”.

Sébastien Godinot, an economist at WWF EU, warned that “the Council is heavily split on nuclear, which considerably weakens its stance ahead of negotiations with the Parliament”.

“The whole credibility of the taxonomy will collapse if it includes nuclear, which is a relic from the past – dangerous, expensive, polluting and unnecessary.”

Yves Desbazeille, director general of the trade association Foratom, welcomed the fact that the compromise text “maintains the principle of technological neutrality”.

“The ultimate goal is to help finance solutions which will contribute towards decarbonising Europe’s economy,” he added, as it is important that we make use of all low-carbon solutions available to us”.

Separately, a petition from the Energy for Humanity initiative asking inclusion of nuclear energy as a source of low carbon and sustainable generation in the EU taxonomy has now been signed by more than 2,200 people, its global director Kirsty Gogan told ENDS.