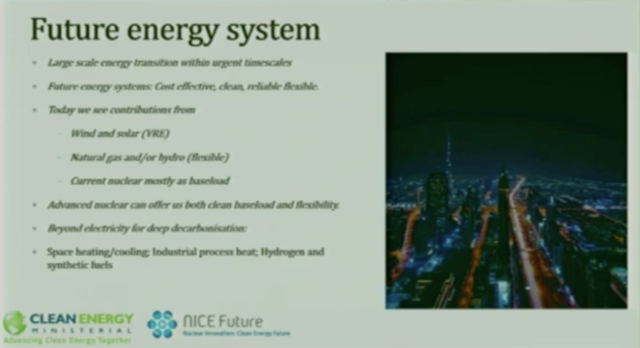 Kirsty Gogan, Executive Director of Energy for Humanity, presented on an effort to model flexible nuclear power generation. Goal is to show both decision makers and advanced nuclear technology developers the value of nuclear technology that is designed to integrate well in a grid with a large portion of variable generation and demand. For most of the energy modellers approached in this project, the whole idea of flexible nuclear generation was new. Advanced nuclear system developers might be interested in the value unlocked by flexible capabilities.