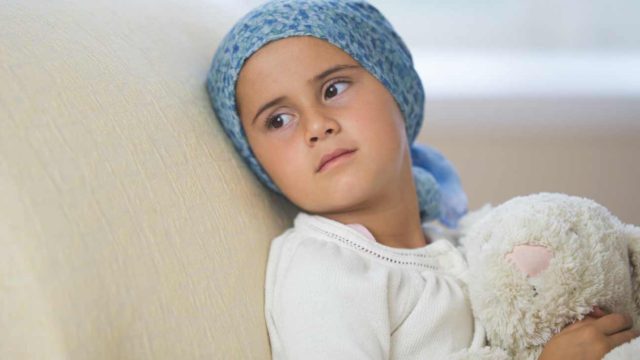 Kirsty Gogan of Energy for Humanity warns how leaving Euratom could disrupt everything from nuclear power R&D to medical supplies.

Following Brexit, a new YouGov poll suggests that Brits want to quit the Eurovision Song Contest too (by 56% to 44% with Leave voters among the most likely to want out). Has the attempt to disconnect the UK from longstanding European institutions gone too far?

Fortunately, it’s not too late to save our membership of Eurovision – which is not part of the EU or adjudicated by the European Court of Justice. Sadly, though, Britain’s plan to leave the EU, now also means leaving Euratom. Created almost exactly 60 years ago, in March 1957, the European Atomic Energy Community (Euratom) was one of the great Treaties of Rome that helped found the European Economic Community, intended to coordinate EU member states’ research programmes for the peaceful use of nuclear energy. Today the Euratom Treaty helps to pool knowledge, infrastructure and funding. Sounds fairly mundane perhaps, but leaving Euratom may prove to be one of the most difficult and pressing issues to resolve as officials in Whitehall and Brussels prepare to negotiate Brexit. As the FT reported, one senior negotiator called disengaging from Euratom “a nightmare”.

It’s bad enough that, as the House of Lords (HoL) Science and Technology Select Committee warned last week, ‘Brexatom’ puts UK at risk of losing its lead in fusion research and could in effect throw away decades of research.

Giving evidence to the BEIS parliamentary select committee on the topic of leaving the EU, Professor Dame Sue Ion highlighted that a plethora of international agreements would have to be struck before we could even begin to move not just material but intellectual property and services—anything in the nuclear sector. That would include the supply of radioisotopes used in nuclear medicine.

International import and export of nuclear material is not the same as more basic commodities like sugar. With no adequate legal framework no country could export to the UK as a ‘non-authorised entity’.

Radioisotopes are used in medicine for the diagnosis and treatment of various diseases, including cancers, cardiovascular and brain disorders. For UK cancer patients, 40% who are cured will do so because of radiotherapy running on nuclear isotopes. Emlyn Samuel, senior policy manager at Cancer Research UK, told me: “As the UK looks to form a new relationship with the EU, the next Government must ensure that agreements are in place so that we can import materials needed for cancer treatment and research. It’s also crucial that the UK remains an attractive market for pharmaceutical companies to research and launch innovative treatments.”

This potential disruption is worrying enough. But the supply of radioisotopes is already at risk. The types of reactor that make radioactive materials used in medicine are getting old, having mostly been built in the 1950s and 1960s. As such, more planned maintenance shutdowns are taking place. From 2008 to 2010, two key reactors temporarily stopped production of one critical isotope, causing a severe supply crisis resulting in patients all over the world having important diagnostic tests cancelled or delayed. The supply continues to decline, jeopardising key medical imaging services for millions of patients. The European Commission is working to resolve this, but under Brexit, the UK will no doubt lose its seat at the table, and potentially access to this vital medical supply.

Having triggered Article 50, the clock is ticking on the UK completing a suitable transition arrangement. The impact on medical supply chains seems to have been largely neglected as a critical aspect of Brexit, with potentially huge implications for the British public. As MEP Clare Moody wrote “Leaving the Euratom Treaty without ensuring there is a proper replacement to its provisions is very dangerous – not to put too fine a point on it but there are life and death implications. Life-saving radiotherapy treatments are managed through our membership of Euratom.”

Behind the scenes, the energy sector is starting to draw attention to the impact Brexatom could have on the supply of fuel for the UK’s existing fleet of nuclear reactors – currently generating around 20% of UK electricity. Major resource must be committed by civil servants, diplomats and industry experts in order to overcome this challenge. But such resource is already spread too thinly across all the numerous demands of Brexit – from the finance sector to automotive to the chemicals industry to farming.

Without free movement of people and supplies within the EU, and within the terms of the nuclear cooperation agreements the EU has in place with multiple countries, one fifth of our electricity supply and vital medical treatments all over the country could grind to a halt. The implications of Brexit are serious for nuclear technology, but the situation is not unique. The reality is that many sectors of the economy will be impacted by our exit from the Single Market.

Never mind London’s finance sector; and even beyond the implications for nuclear medicine, how will the NHS cope outside of the Single Market without free movement of people and supplies? How will Britain PLC keep the show on the road? We have 22 months and counting to work it out. So far, we are only just beginning to appreciate the enormity of the challenge ahead, and the potential for huge loss directly impacting people, and patients, around the country.