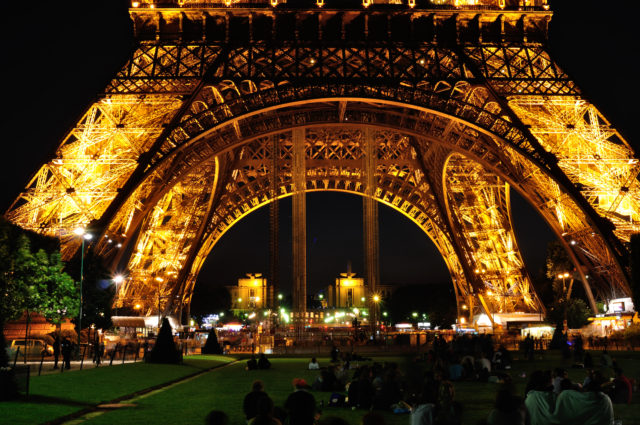 We are writing as environmentalists, conservationists and climate scientists to congratulate you on your win in the presidential election, and to applaud your push for a carbon tax. Nobody has done more for advancing clean energy on the grid than France. In light of this knowledge, we are also writing to express our alarm at your decision to move France away from clean nuclear power.

Few nations have done more than France to demonstrate the humanitarian and environmental benefits of creating a high-energy, nuclear-powered, and electrified society. Not only was France host of United Nations climate talks, it also has some of the lowest per capita carbon emissions of any developed nation.

Any reduction in France’s nuclear generation will increase fossil fuel generation and pollution given the low capacity factors and intermittency of solar and wind. Germany is a case in point. Its emissions have been largely unchanged since 2009 and actually increased in both 2015 and 2016 due to nuclear plant closures. Despite having installed 4 percent more solar and 11 percent more wind capacity, Germany’s generation from the two sources decreased 3 percent and 2 percent respectively, since it wasn’t as sunny or windy in 2016 as in 2015.

And where France has some of the cheapest and cleanest electricity in Europe, Germany has some of the most expensive and dirtiest. Germany spent nearly 24 billion euros above market price in 2016 for its renewable energy production feed-in tariffs alone, but emissions have remained stagnant. Germany is set to miss its 2020 emission reduction goals by a wide margin. Despite its huge investment in renewables, only 46 percent of Germany’s electricity comes from clean energy sources as compared to 93 percent in France.

Solar and wind can play an important role in France. However, if France is to make investments in solar and wind similar to those of Germany, they should add to France’s share of clean energy, not inadvertently reduce it. Renewables can contribute to the further electrification of the transportation sector, which France has already done with its trains and should continue to do with personal vehicles.

Shifting from nuclear to fossil fuels and renewables would grievously harm the French economy in three ways: higher electricity prices for consumers and industry, an end to France’s lucrative electricity exports, and — perhaps most importantly — the destruction of France’s nuclear export sector. If the French nuclear fleet is forced to operate at lower capacity factors, it will cripple the French nuclear industry by adding costs and shrinking revenues. Eventually this will lead to poorer safety standards and less opportunities to fund research, development and efforts to export French nuclear technologies. Nations seeking to build new nuclear plants rightly want to know that the product France is selling is one that France itself values.

The French nuclear program has historically been the envy of the world. It demonstrated in the 1970s and 80s that the decarbonization of an industrialized country’s electricity sector is in fact possible. For France, the next necessary step to help combat climate change and improve air quality is to increase clean electricity from all non-fossil sources and massively reduce fossil fuels used in heating and the transportation sector. Nuclear power must play a central role in this.

Richard Rhodes, Pulitzer Prize recipient, author of Nuclear Renewal and The Making of the Atomic Bomb