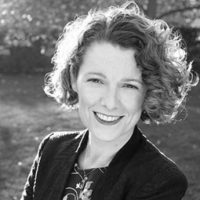 Kirsty Gogan works from London on the global activities of the Energy for Humanity.

Kirsty Gogan is an internationally sought-after advisor to governments, industry, academic networks and NGOs. Kirsty is regularly invited as an expert speaker on science communication, climate change, competitiveness and innovation to high profile events around the world. She has more than 15 years’ experience as a senior advisor to Government on climate and energy policy, including 10 Downing St, and the Office of the Deputy Prime Minister.

Kirsty chairs the UK Government’s Nuclear Innovation Research and Advisory Board (NIRAB) Cost Reduction Working Group. In 2019, NIRAB recommended investment of USD1.3 billion between 2021 and 2025 to boost the progress of innovation, leading to a package of measures designed to support UK net zero goals in 2020.

Kirsty is also Co-founder of Energy for Humanity (EFH), an environmental NGO focused on large scale deep decarbonisation and energy access. EFH was shortlisted for the Business Green Leaders “Green NGO of the Year” Award in 2016 and received the US Nuclear Industry Council Trailblazer Award in 2019. At COP21 in Paris, EFH organised a press conference that led to media coverage reaching an estimated audience of 800 million people globally. EFH jointly launched the Clean Energy Ministerial Campaign in May 2019, supported by the Canadian, US, and UK governments, and in partnership with ClearPath Foundation.

Previously, Kirsty led the Government’s national public consultation into the UK’s Energy Policy Statements, evaluated the national response to the accident at Fukushima Dai-Chi, and revised the Civil Nuclear Emergency Planning and Response guidance. As Head of Communication for the Nuclear Industry Association, she established strong, long-standing relationships within the energy sector. In this role, Kirsty founded Women in Nuclear, established an academic-led expert network and forged new relationships widely recognised as transformational for representation of nuclear in the UK, including the Low Carbon Alliance between the nuclear, carbon capture and renewables industries, representing more than 1,000 businesses.

Publications Kirsty has recently contributed to include: “Advancing Nuclear Innovation: Responding to Climate Change and Strengthening Global Security” (2019) as a Board member of the Global Nexus Initiative. She is a regular contributor to climate-related efforts at the IAEA, OECD-NEA and the Clean Energy Ministerial (NICE Future Initiative) . She has peer-reviewed and provided expert input to the International Energy Agency “Nuclear Power in a Clean Energy System (2019)” and IEA Energy Technology Perspectives (2020) as well as CleanTech Group’s investor report on advanced reactors in the clean energy transition (2020). 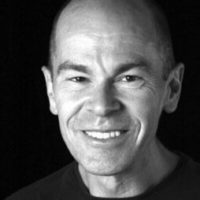 With his documentary "Pandora's Promise", Robert Stone has built a bridge from nuclear energy to climate change and environmental protection.

He travelled with former anti-nuclear activists to Chernobyl and Fukushima. The documentary gives a vision on what nuclear energy would be capable in doing to protect the environment, especially when future reactor concepts will be used that can also recycle nuclear fuel. Robert Stone lives in the metropolitan area of New York and is currently working on a new film project. 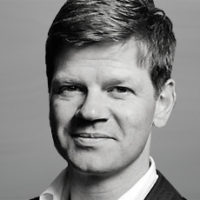 Daniel Aegerter is a Swiss entrepreneur convinced that clean electricity is the form of energy with the highest quality and that its share needs to be dramatically increased at the expense of fossil fuels.