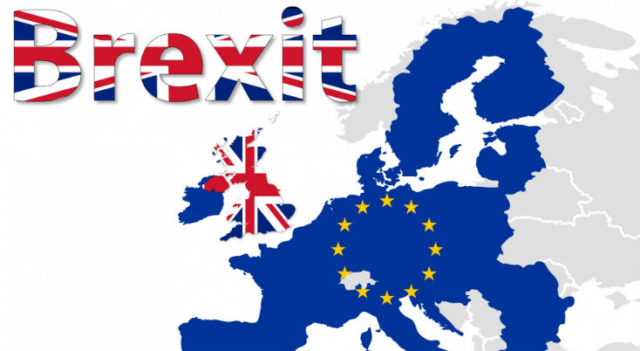 Reasons to be cheerful

Coming through the traumatic shock of Brexit and subsequent political and economic turmoil, I still have some serious on-going concerns – primarily around investor uncertainty and the prospect of the whole machinery of government being entirely pre-occupied with the Brexit workload. Nonetheless there are reasons to be cheerful.

Reasons to be cheerful, part 1.

Firstly, although it pains me to see the contrast with the Labour Party “opposition” in such disarray, you have to hand it to the Conservatives. The so-called “natural party of government” have decisively and ruthlessly closed ranks to alleviate the immediate post-Brexit political crisis. Theresa May stepped calmly into the leadership vacuum, soothing the markets and steering the ship; including making a visit to Scottish First Minister Nicola Sturgeon within 48 hours of her premiership (far better than summoning her to Westminster). I even suspect the jaw dropping decision to appoint Boris Johnson as Foreign Secretary may be a stroke of genius. Ms. May’s first speech outside No.10 was almost drowned out by crowds on Whitehall shouting: “We want Brexit! We want it now!” The appointment of Johnson, Liam Fox and David Davis – the Three Brexiteers – to walk the talk on their Brexit promises makes them accountable for delivering a good deal for Britain, whilst taking the heat of the PM.

Reasons to be cheerful, part 2.

Theresa May’s signal on a strategic (more interventionist) industrial policy is a huge step forward. DECC restructuring should ensure that climate is genuinely incorporated into infrastructure, energy & industrial strategy decisions. This will make for a more substantial agenda carrying more weight in Whitehall.

Honestly, DECC was a low ranking department in Whitehall. HMT often set the agenda on a whim. Linking climate to what should now be top post-Brexit priorities e.g. jobs creation and rebalancing the economy, makes for a potentially coherent decarbonisation agenda with tangible socio-economic benefits throughout the regions.

With significant doubts about future European interconnection, UK clean energy policy must focus especially on cost and reliability, including the acceleration of competitively priced next generation nuclear, for which there are sites, skills, commercial strategies and investors ready to go. This is not just about meeting the energy needs of Little Britain. This is about establishing and maintaining our leadership role in the deployment of affordable, scalable technology to global markets.

Reasons to be cheerful, part 3.

Finally, it’s worth noting that both Theresa May and the new SoS for BEIS appear committed to tackling climate. I had the good fortune to met Theresa May on the day she announced her candidacy, and she gave me a very clear assurance that, as PM, she would remain committed to the mandate upon which the Conservatives were elected, and therefore maintain existing climate and energy policies. Apart from her desire to avoid a snap general election, this continuity is vital for restoring and maintaining investor confidence over the coming months and years.

Greg Clark has a good track record of leadership on climate, as has Nick Hurd, who is likely to be appointed minster of state for Climate Change. The publication of the fifth carbon budget, and repeated assertions from senior figures across the new Cabinet that climate remains a central priority should alleviate concerns. UK domestic policy on climate is strong, and our global leadership does not depend on membership of the European Union.

Meeting Professor Sir David King last week, I was reminded of the role that he and colleagues played in the build up to COP21 in Paris, when he visited an incredible 85 countries as UK Special Climate envoy. The result was one of the most significant commitments from Paris: the Mission Innovation initiative (doubling of more than 20 countries Government R&D spending on clean energy innovation). I am reassured to know that the Foreign Office benefits from such thoughtful and careful leadership.

These are uncertain times. We all need the relentless news cycle to slow down so that we can reflect, and get some work done. The fundamentals of our energy and climate challenges have not changed, at home and for the world at large. But big questions remain. How will Europe get along without the UK’s climate leadership? If Europe falters, will that undermine our competitiveness? How do we pronounce BIES (the name of the new department)? Will the machinery of government become so clogged up by Brexit complexity that our domestic agenda grinds to a halt? Right now, no body knows. But it’s all to play for.