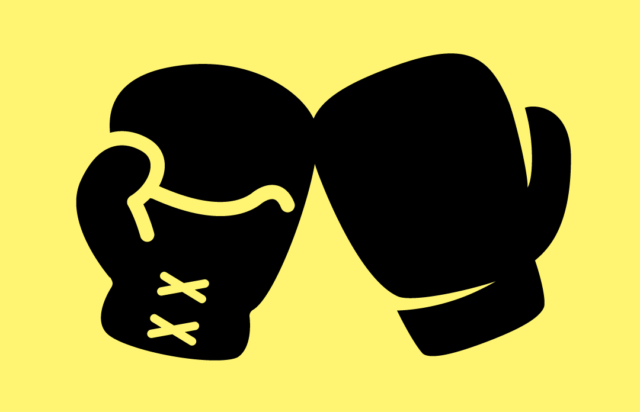 “I want to believe”

The Truth is Out There.

MIT Technology Review reported on the row that erupted last week between scientists and academics over claims by Stanford Professor Mark Jacobson that it would be possible to power the United States entirely with wind, water and solar power.

“A team of prominent researchers sharply critiqued an influential paper arguing that wind, solar, and hydroelectric power could affordably meet most of the nation’s energy needs by 2055, saying it contained modeling errors and implausible assumptions that could distort public policy and spending decisions (see “Fifty-States Plan Charts a Path Away from Fossil Fuels”). The rebuttal appeared in the Proceedings of the National Academy of Sciences, the same journal that ran the original 2015 paper. Several of the nearly two dozen researchers say they were driven to act because the original authors declined to publish what they viewed as necessary corrections, and the findings were influencing state and federal policy proposals.The fear is that legislation will mandate goals that can’t be achieved with available technologies at reasonable prices, leading to “wildly unrealistic expectations” and “massive misallocation of resources,” says David Victor, an energy policy researcher at the University of California, San Diego, and coauthor of the critique. “That is both harmful to the economy, and creates the seeds of a backlash.””

The row that erupted was unedifying for Professor Jacobson, who responded bitterly to the critique with a flat denial of any errors in his paper, whilst personally attacking the authors, accusing them of being industry shills. One interesting feature of the response by many fans of Jacobson’s “100% Renewable” vision was that they really didn’t seem to care very much whether or not his calculations stack up. Jacobson’s paper, and associated high profile Solutions Project, has successfully mobilised local and global movements, creating an aspirational goal akin to the moonshot Apollo Project. In some ways, 100% renewable advocates argue, it doesn’t matter that we don’t know today how – or even if – we will achieve the dream. The point is to inspire a movement around one Big Hairy Audacious Goal. In this sense, throwing rocks at Jacobson’s study is seen as undermining a belief system that is creating much-needed momentum for the transformation of society.

However, the danger is that more realistic paths for solving climate change are at risk. As MIT Tech Review points out: Among other things, the 100% Renewables debate can skew the public debate by suggesting it’s merely a question of marshaling political will, rather than achieving difficult technological breakthroughs and substantial cost reductions. That could lead to spending public resources on the wrong technologies, underestimating the research and development still required, or abandoning sources that might ultimately be necessary to reach the stated goals.

Notably, the 100% Renewable vision creates the belief that decarbonisation is possible without nuclear power, putting existing plants at risk in countries all over the world, including accelerating retirement schedules for the U.S. fleet of nuclear plants, South Korea and France. Many experts are convinced that solving climate will be a lot harder without nuclear energy, since it’s the only major zero-emissions source that doesn’t suffer from the intermittency issues plaguing solar and wind.

Looking again at taboo technologies, like nuclear power is not the same as being a techno-evangelist. Along with many environmentalists that have changed their minds about nuclear energy, we at Energy for Humanity do not support any particular technology for its own sake, but as a means to an end. This is not about renewables vs nuclear. Or my pet technology is better than yours. Our goal should be a technology neutral approach focused on larger outcomes.

If you believe that climate or air pollution or poverty or destruction of nature are the greatest risks – to human health, environment and well-being – then the question we should be asking is: how do we tackle those risks in the fastest, most feasible, most cost effective way possible? Starting from that point, it makes no sense to limit the tools at our disposal, based on an ideological opposition to some tools; insisting on, as climate scientist Ken Caldeira describes it: “as attempting to do something already extremely difficult, with one arm tied behind our backs.”

The climate and energy debate is as much emotional and tribal as it is rational and analytical. Humans are social animals, and our sense of safety and security come from our belonging to a tribe. When issues become identified with our tribal identity, it is very difficult to break that taboo. Any attack on an idea can be perceived as a threat to the tribe.

The idea of “100% renewables” has become a tribal touchstone, making this by far the dominant frame, along with the idea that clean energy – meaning solar and wind – can be the future – will be the future. This idea has been extremely successful as a vision for transforming society. It’s a seductive values proposition. Research tells us that people are more attached to the values that a technology represents than the technology itself.

Research tells us that renewable energy is seen as being fair, efficient, human scale, close to nature, clean and representing the future.

Nuclear power is seen as the opposite of all these things. Nuclear is portrayed largely as a dinosaur, a thing of the past and grouped with dirty, polluting sources like coal and oil. We recently conducted some research in the United States, which examined the current discourse on energy and climate. The remarkable thing we found, I think, is that the 100% renewables discourse is dominated by a strong values proposition: emphasising families, and children and people, a democratised energy system, and the health and quality of the local environment.

Our social media analysis shows that there are echo chambers, or communities of people, who are talking to each other who already agree with each other. There is some conflict between groups, and the discourse includes variations of uncertainty and disagreements about technical points, but much of this is unlikely to cut through beyond expert groups.

The networks are tribal and divided. Our job is to find common ground, create safe spaces and build bridges.

What we have seen with the 100% renewables vision is that it has given primacy to technology, over and above climate. Arguably, this is confusing the means with the end. Decarbonisation should be the goal, not installed capacity of renewable energy.

When you care about evidence, and start to crunch the numbers – you start to question the reality of the 100% renewables vision to meaningfully reduce fossil fuel dependence. But arguing about technology is a mistake when this is really about culture and values. Creating the future. By stepping outside of a technology frame, and into one focused on larger outcomes e.g. solving climate within the time we have left; tackling air pollution; providing low cost, clean power to millions of people; improving life chances for women and children throughout the world: Then it is possible to create a shared space for collaboration, and an aspirational, achievable vision for the future.